The Impacts of Inflation on Retirement

Since 2021, the world has been in hyperinflation, and there’s no sign that we’ll return to the regular rates that were present in the past decade any time soon. From an average of 2.2%, we’ve risen to over 8% in the last year alone, with some goods shooting higher in price than others. What does that mean? It means people’s purchasing power declines if they don’t have income sources that stave off inflation.

For retirees, this can mean the difference between having enough income to last for the rest of your life or not having enough. Gone are the days when a pension is enough to last for more than 20 years. Even things like Social Security will not be enough to cover expenses. There must be a solution and a way out of this predicament.

Why Do We Have To Consider Inflation When Planning for Retirement?

Historically, the dollar loses much of its impact on purchasing as demand and supply move around. A pension worth $30,000 during the 1940s would be enough to last until the late 1960s. Even with inflation, $30,000 would still be able to buy more than $20,000 in goods during that time. That considers a point where inflation is at a constant rate, and there are years where the dollar increases in purchasing power.

One of the inflation concerns is that if your cash isn’t growing, it’s slowly losing value. Less volatile investments like savings and bonds can help pay for necessities, but they won’t be enough to fight inflation in the long term. They’re more at risk of losing their purchasing power, even though they are the safer short-term option than stocks.

The fluctuating nature of inflation also means that a retiree can experience a higher rate during the early years of retirement. They’ll then spend more than expected.

The opposite can also happen, meaning they may not have enough to cover higher prices of goods and services in their later years. The latter is the one that’s historically more likely to occur. Prices can jump throughout retirement, and a state of hyperinflation can last for several years.

Money losing its power isn’t a consequence that many think about when planning retirement. Even if you expect to get a fixed amount from your pension and other income sources consistently for decades, it may not be enough. You could experience how the prices keep rising until your income can no longer accommodate your regular expenses.

Another fact that data reveals is that people are now generally living longer than before. When you approach retirement savings and income, you’ll have to consider that you may live way beyond your expectations. A freshly retired 65-year-old may still live to be 100 or more. Even if you spread your funds to expect that outcome, it may not be enough to accommodate your lifestyle.

Preparing for retirement isn’t only about spreading the money to fit your life expectancy. It’s about having income sources that pays for your needs and wants, while fighting inflation. The tens of thousands saved up right now won’t be of the same value in the future. You want it to grow beyond inflation — fighting it and ensuring your purchasing power remains.

We’ve already established that low-risk savings and bonds won’t be enough to fight inflation plus longevity. There is a case to argue for riskier investments like stocks and non-traditional assets, but retirees often want a mix of safety and growth. They want their money to last and be potentially worth more than they are right now.

One solution that many are adopting is buying an annuity. An annuity is a contract between a person and a financial institution (usually an insurance company). The money they give that company acts as an investment. In return, the company will provide them with consistent streams of payments set at a fixed period. It’s even possible to create an annuity plan that lasts the person’s lifetime.

One can do this by contributing to an annuity over time (annuitization period), much like a pension. The alternative is to make a lump sum payment. When one purchases these, it creates a guaranteed income stream. It’s an option considered in retirement where guarantees are needed.

One of the advantages of annuities is that you can structure them in a way that fits your risk tolerance and objectives. You can have a mix of safer and higher-risk ones to prepare for your retirement. For example, a fixed annuity will guarantee a set amount given regularly. Or, you can purchase a fixed indexed annuity that protects you from losses, while still providing some participation in market increases.  You can also opt to purchase an annuity that provides variable returns, meaning there is a potential to grow and outpace inflation.

How Can Annuities Fight Inflation and Longevity?

One of the advantages of annuities is that there is often a benefit tied with them to combat inflation. For example, some plans will offer a 5% per year increase to match inflation rates. Even in a fixed annuity agreement where one receives a guarantee, there is still a potential to increase matching inflation. If the annuity will remain during your lifetime, you can spend your later years without financial fear.

It’s a form of protection that’s valuable to those who no longer have the means to earn income like before. In comparison to investments like bonds, an annuity will have more staying power.

For example, if you have a $200,000 retirement account placed in bonds, the bond itself may guarantee a 5% increase which combats inflation. However, the amount it grows will decrease because you’re slowly draining from that account over time. Instead of compounding to continue to match inflation every year, you’ll likely use all the money within 20 years.

An annuity provides a guaranteed value, no matter how much inflation rises. Not only that, but you are also getting a matching gain to pace alongside it. You have a contract with the company guaranteeing a payout until a set time (or lifetime). It’s a better option than losing everything in a few years.

The truth is that even bonds fail to make 5% most of the time. The average is around 3% which is lower than a hyperinflated environment. The risk only gets higher as time goes on.

In an annuity account, the fees are negligible. A company will get around 1% of the value of the annuity account to continue to guarantee lifetime income protection. An investment account can quickly reach zero because it can no longer grow as high when you take from its capital.

In the worst-case scenario, a slow investment increase plus hyperinflation means that a $200,000 account can go to zero within 10-15 years. That happens if the high inflation rate remains consistent throughout those years. The chances of it happening aren’t high, but it still demonstrates the strength of the annuity’s guarantee.

Other Benefits Provided by Annuities

Annuities work best as an added measure to support your retirement income because of their inherent qualities. They fight against the many risk factors that these sources often have. Apart from that, there are also a few things that set it apart, including:

An annuity before retirement is the best path toward protecting future income. The growth potential for it is much higher compared to other vehicles. Accounting for the current 10-year Treasury bond yield, a $200,000 investment will become $267,741. It’s a notable gain, though still lower than what an annuity provides.

In comparison, the annuity — with its guarantee and benefits — will amount to $400,846 in the same timeframe. Their guarantees are combined with anti-inflation numbers and higher rates of returns than bonds. The longer you hold the annuity, the more favorable your income will be when retirement comes.

In the bond example, even with a modest inflation rate of 3%, the likelihood of a retiree losing $267,741 will likely happen by age 79. With an annuity, they will still get regular payments as long as they’re still living. The scenario is similar, even in volatile conditions with high inflation rates. They will run out at some point, and it’s better to have a guarantee.

Another distinct characteristic of annuities is their ability to protect the principal. Insurance companies often refer to these as “living benefits.” They protect against several possibilities you could face as you let the annuity grow. One of these benefits is the guaranteed lifetime withdrawal, which will continue to provide income for the rest of a retiree’s life. The other two provisions that most companies have are the following.

This guarantee ensures that the account will have an expected minimum balance regardless of what happens in the market. For example, if you invest $200,000 and have a GMA of $250,000, you’ll still get that guaranteed amount even if the market falls below that value.

You guarantee that your payout will have a specific minimum regardless of the market conditions with this benefit. It allows you to lock in potential payments, protecting you from the potential downside of a market that does not perform as expected.

Should You Invest in an Annuity?

An annuity is likely your best bet if you aim for peace of mind and a consistent lifestyle during retirement. Once you have enough funds, you can have one alongside other income sources to supplement one another. You don’t have to rely on Social Security or pensions. Even the traditional methods that worked in the past no longer hold a candle due to inflation rates.

An annuity addresses all the risks, from the unknown factor of lifespan to the volatility of price changes. Even with a modest lifestyle, investments like bonds can run out over time.

If you’re concerned that inflation may affect your lifestyle early in retirement, you can set your annuity to factor that. Placing a guaranteed minimum withdrawal benefit will ensure that it will yield more payments even as prices increase.

All in all, the annuity answers the two biggest concerns retirees have. Even with enough money saved for retirement, people want assurance. Companies designed the annuity to provide that, creating consistency for the rest of their lives.

Is it Worth It?

Adding an annuity will mean paying for another investment vehicle, but it’s one that may provide benefits that the others don’t have. You can get guaranteed returns alongside your other sources with a trusted company. It can be advantageous if you have enough time to let the annuity grow.

In all things, make sure to consult professionals before you begin. Try to get second opinions and read the fine print carefully. It’s still a deal that requires a significant amount of money, and diligence should always be a part of the equation.

The question depends on what you’re looking for in your investment. If you want assurance and a vehicle that outpaces inflation, an annuity can help answer and more. Consider getting one if you desire that security and stability. 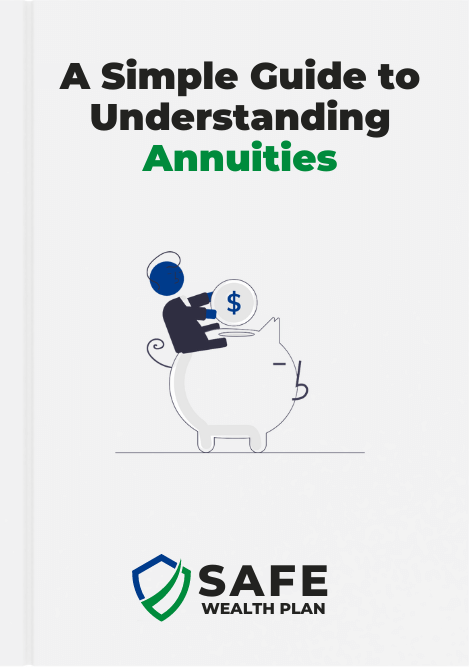